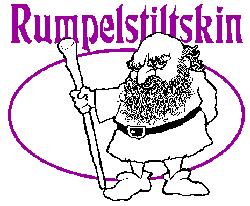 A long time ago, I stumbled across a website that expressed my exact translation philosophy and attitude towards customers of language service providers. I copied and pasted the few pages of text to a Word file for keeps. Once I restarted my blog, I decided to check that website. It still existed as of early 2021. I contacted the e-mail address on the site and asked if the current website owner also produced the content I had originally found so delightful. It turned out that he did, and he had reasons for taking down the pages. Since I found that to be such a shame, I asked for permission to repost them here. I have respectfully not included one of the pages, which was about the translation industry in India. The sentiments about non-native speakers producing translations of poor quality using children and/or working conditions akin to slave labor were not the original author’s personal experience at a later time. So, I will reduce the message of that page with a personal anecdote of
Post a Comment
Read more

Master of the Sword, Not the English

January 30, 2021
Sueyoshi Akeshi: Jo, Bokken, Sword DVD He’s the quickest draw in the East or the West. Sueyoshi Akeshi struggles with his English, but his point is clear: No one has faster iaido techniques. If he were in a duel with a Japanese samurai, Akeshi would unsheathe his katana, dispatch his opponent, and have time for a coffee break before his foe even touched the hilt of his sword. Akeshi, a Buddhist monk and baseball fan, packs the 60-minute “Jo – Bokken – Sword” Masterclass Samurai Arts DVD full of information, so he does not spend a lot of time on each lesson. You’ll miss the chapter on footwork if you blink. Sensei Akeshi obviously assumes you know how to move forward in zenkutsu dachi from previous martial arts practice, yet his style is unique: Just keep both feet at a 45-degree angle and lean forward. Akeshi wisely demonstrates techniques with a jo (short staff) before moving on to iaido practice with a live blade. Don’t be fooled, though, even these “basic” techniques can caus
Post a Comment
Read more 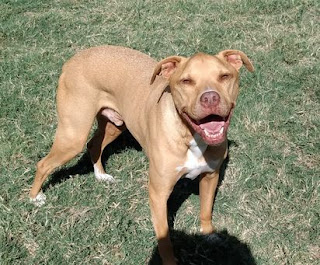 In early 2011, a litter of a dozen or so mixed pit bull puppies was found in box next to a dumpster. The finder surrendered them to the Amarillo Society for the Prevention of Cruelty to Animals, which sent out a call for people to foster them until they were ready for adoption. My wife and I had recently lost another dog of ours named Jake and decided to lend a hand. We took home a girl and a boy and named them Lady and Shakespeare. We had no idea of the journey that awaited us. They soon came down with kennel cough and ringworm. When the SPCA suggested we bring them back, it was like being punched in the gut. We could not give them up. We had never owned pit bulls before, but they had won us over within a week’s time. We wound up adopting them ourselves. Shakespeare was goofy and a bit klutzy—perhaps because he was bow-legged—and he bumped his head into the wall more than once. He loved his belly rubs, rides in the car, and going to the park. He had a gentle spirit and loving heart.
Post a Comment
Read more

January 18, 2021
June 6, 2011 My wife, Julia, and I had wanted another dog ever since our 10-year-old golden retriever died suddenly in October 2010. When the SPCA took in a large litter of pit bull puppies and called on volunteers to provide foster homes, we couldn’t say no. We had never considered getting a pit bull to replace our beloved Jake, but fostering one seemed OK. After all, it would just be temporary, right? When we got a look at the puppies, we could hardly believe how small they were. By holding a couple, we also quickly discovered how affectionate they can be. They weren’t ready to be taken home yet, so we had to go back a couple of weeks later. We wanted two—a male and a female—so they could keep one another company. With about ten excited puppies nipping at our feet, it was hard to choose, especially since they almost all looked alike. Fortunately, two of the pups seemed to choose us. Could they be the same ones we had held before? The pups had grown and were very lively, but the
Post a Comment
Read more

January 18, 2021
The sudden death of my dog, Jake, on October 9, 2010, was quite a blow. I had only known him for a little more than 2 years. He had been “mine” full time for merely a year and a half, and I am grateful for every minute of that. My employment from home enabled me to spend more time with Jake than most people get to with their pets. I got to take him for frequent walks. The first time I put a leash on him, he basically dragged me down the street. With time and this year’s protracted summer weather, the walks became less frequent. The heat wore him out more easily, and he simply couldn’t walk as far as he could a year ago. On the final stretch of our last few walks, I nearly had to drag him home. He was the first dog I was allowed to call mine since the 8 th grade. Between Jake and the three cats in our household, Julia and I had our hands full. The dog, however, was my chief responsibility. I fed him every morning. When opportunity allowed, I took him for a ride in the car. (Jake love
Post a Comment
Read more

Why Do Americans Suck at Spelling?

January 18, 2021
When I used to work as a product review screener, I was constantly reminded of how poorly the average American writes. It was baffling and infuriating, especially when so much technology exists that can point out spelling and grammar mistakes on the fly. Nevertheless, barring any outright profanity or threats of violence, reviews resembling the one below were perfectly fine to approve for publication. If I were Master of the Internet, no content showing blatant ignorance of the rules of spelling and grammar would ever find their way onto the Web. I love this phone! The positives far outway the negatives! ok let me list the drawbacks, the  batter life could be better. However, if you use it only for the phones like features, it couls last three days (at least it did for me) but when I start using the APPS well that drains the hell out of it! keep a charger handy both at home and vehicle. Only other aspect is that its touch screen to your fingertips, and personally I have long nails and
Post a Comment
Read more

John Ralston
I am a former military linguist and currently a full-time translator with a passion for languages and writing. I have formal training from the U.S. military’s Defense Language Institute and Munich’s Fremspracheninstitut. I was raised in Amarillo, Texas. I joined U.S. Army out of high school. They sent me to the Defense Language Institute in Monterey, California, to learn Czech and Slovak. In December 1990, I was stationed in Augsburg, Germany. I completed my enlistment in 1993 and took on a three-year brick layer’s apprenticeship with a German construction company. After passing my journeyman’s tests, I went back to school to become a translator. Upon graduating, I worked for various companies in and around Munich. All in all, I lived and worked in Germany for 18 years. I returned to the States in 2009. I am married and have two dogs (pit bulls) and two cats.